I have a confession to make.  I was NOT a pretty child.  OK, I wasn’t ugly. There are photos in which I was even cute.  But I wasn’t pretty.  I wasn’t the type of little girl that people want to see in a frilly dress, which suited me just fine – I’d rather turn over rocks looking for bugs or climb trees anyway.  I only wore dresses to church.  I often had leaves in my hair, so my mother cut it off.  The “Dorothy Hamill” haircut was very popular in the 1970′s, based on the look of the Olympic figure-skater. 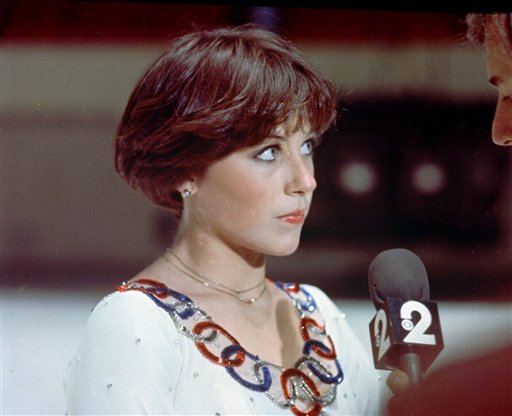 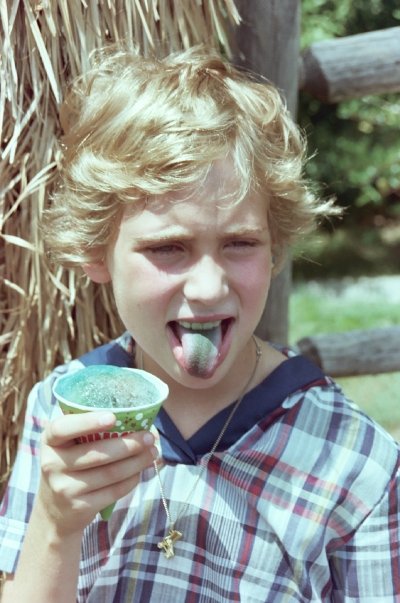 The rollerskate pendant is the only way we know this isn’t a picture of my son.

No-one ever told me I was pretty.  No-one ever suggested I should be more feminine.  No-one ever remarked on my appearance at all.  I looked like a boy, and people treated me like one.  Turns out, that was a really good thing.  It’s true.  I know because I saw it on Oprah.  Someone wrote a book called “See Jane Win” and one of the critical bits of advice for raising a confident, successful girl is to de-emphasize appearance when she is little.  I never got positive (or negative) feedback for the way I looked, so my appearance did not become a critical factor in my developing sense of self.  It simply wasn’t addressed.

Most human beings go through a cruel journey with puberty, from adorable child to pimply awkwardness.  Most of my childhood was an extended exercise in awkwardness, but my MOST awkward phase came just before puberty, when I grew so much, so fast, that I had agonizing growing pains and resembled a young great dane.

That is is me at age 12.  The first time my now-husband saw this, he asked if it was a photo of my brother: 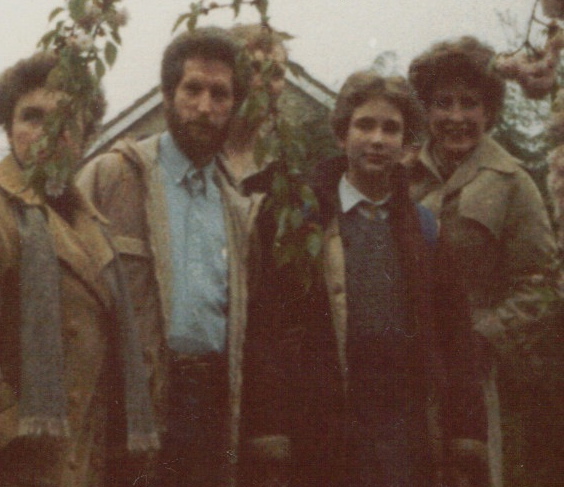 That’s me in the middle. The one WITHOUT the beard.

This is me at 13.  5ft 7in of pure awkwardness.  Gigantic nerd, social outcast, sticky-outy hair:

(Okay, obviously that ISN’T me, but my parents can’t find my age 13 school photo, so I offer this adorableness in place of my Supreme Awkwardness until the incriminating evidence can be found.) 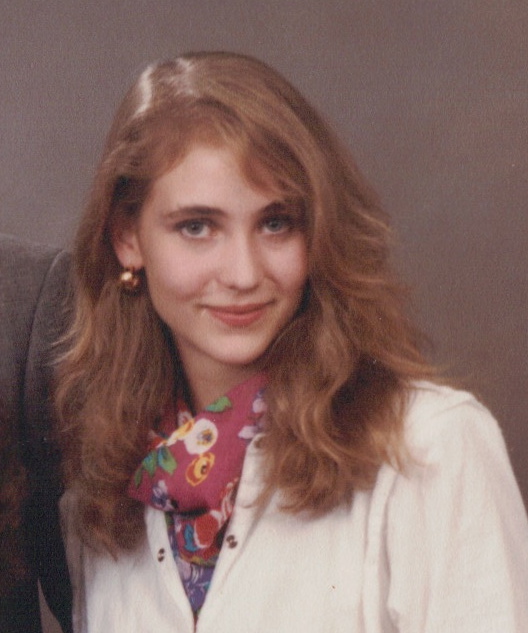 This is a look I developed when I discovered that I smile badly in photos.

I’d already reached my full adult height of 5ft 8in.  I had decided to grow out my hair.  I wasn’t digging up bugs anymore, and hardly ever climbed trees, so it made sense… because I could put it into a ponytail and not have to deal with its unruliness anymore.  It was a practical decision based on laziness.

You can see where this is going.  The transition happened so fast, I wasn’t even aware that it had happened.  It also coincided with us relocating, so my family were the only witnesses to this strange occurrence.  Of course, being stoic Midwesterners, they didn’t say anything about it.

People were SO much nicer to me at the new school.  No-one cared that I was a huge nerd, or that I didn’t wear makeup, or do anything to my hair (I didn’t even use a hairdryer… and this was the 80′s!), or even that I wore home-made clothes.  I wasn’t bullied anymore.  I even had more than 1 or 2 friends!  I thought I’d found a much nicer school, and I was happy.

Of course, it probably didn’t hurt that by age 16 I looked like this: 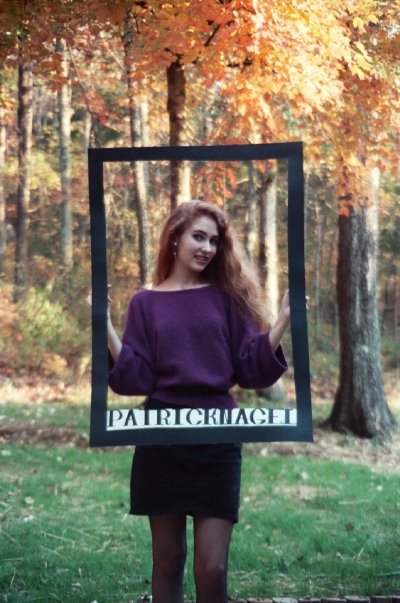 It was Halloween. That’s my story and I’m sticking to it.

It was a great time for me.  Suddenly, people WERE commenting on my appearance.  Constantly.  Literally a day did not go by without someone telling me how thin and beautiful I was and how they wished they looked like me.  Being utterly clueless, I just thought that this is how nice people treat each other.  I’m a nice person, so that’s when I started regularly complimenting everyone else.  I thought, “Oh, people are going out of their way to tell me I look nice, so I should do that, too.”  To this day, I will stop women on the street and tell them they look lovely.  I have even, on occasion, stopped my car to yell it out the window at them.  I highly recommend it.*  Not yelling at people out the window of your car – that scares them and, depending on where you live, could get you injured.  But you should make a point of complimenting someone every day.  If you see a woman who you think looks lovely, TELL HER.  There’s nothing nicer than a random compliment from a stranger.  We need more of that.

* Men, please DO NOT yell out your car windows at women as you pass, under any circumstances.  That has a wholly different, totally unpleasant, and completely unwelcome connotation.  Unless you’re obviously gay.  In which case, it’s FAB-U-lousss!

To summarize, as a child my appearance was never addressed, so it’s not a part of my core self-esteem.  During the awkward years, puberty and genetics were unfairly kind to me.  People were highly complimentary, so I developed a strong inner sense of my beauty and a need to pass that on to others.

The intervening years have had their bumps – from a sudden weight gain in my early 20′s (due to a chemical imbalance), when I had the rude awakening that when you DON’T look like a model, people stop being kind (and even become critical), to a colleague at work looking at my wedding photos and laughing because I looked “fat” (I was a small size US6/UK10 at the time), to nearly doubling in mass with each of my children, to reaching age 40 and discovering grey hair, the family jowls, and the disappearance of my healthy metabolism.  What has never changed is that inner sense of beauty.  In spite of everything, I have always felt beautiful. 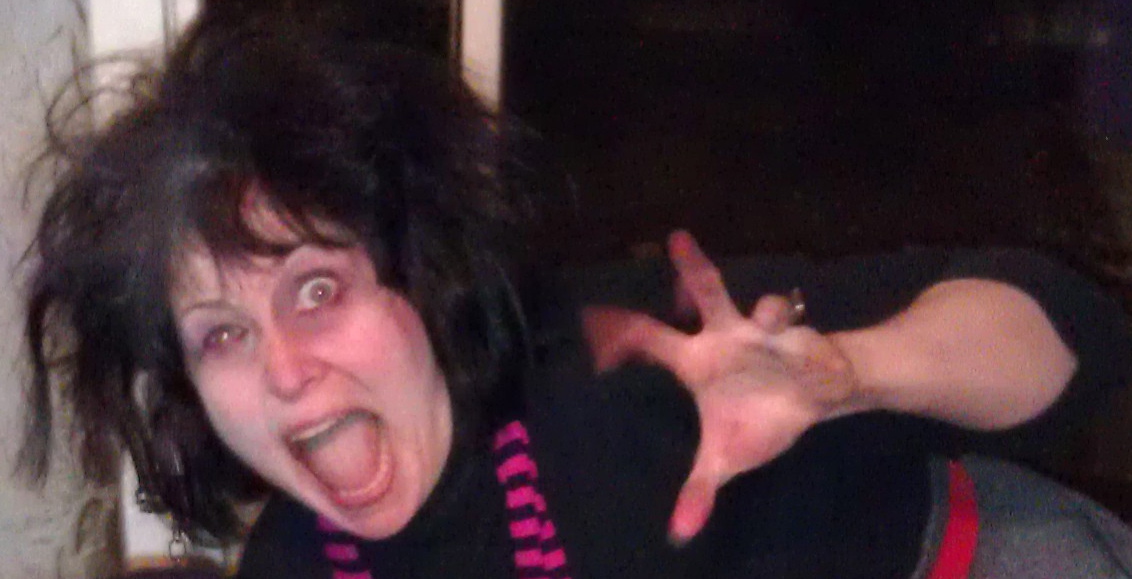 STOP LOOKING IN THE MIRROR.

That’s right.  It’s easier than you think.  Just the other day I read the term “mirror fast” for the first time.  I’ve sort of been doing that for years, unknowingly.  I think it just comes naturally for me to ignore mirrors, because my self-esteem isn’t based on my appearance.  I only look in the mirror to do my hair and makeup (no lingering, just get the job done as quickly as possible), to check that my clothes look good from front and back, and occasionally to make sure I don’t have food in my teeth (although I don’t do this nearly often enough, as anyone who knows me well will tell you).

The thing is, I really LIKE my clothes.  I also really like the way I look in them.  I picked them very carefully to disguise all the bits I don’t like, and to show the parts I do.  It’s all a bit of carefully planned magic.  So when I look in the mirror in my funky, flattering clothes, all I see are the good bits, not the bad bits, and that critical inner voice shuts up for a while.  Which is nice, because just between you and me, she’s a total bitch. 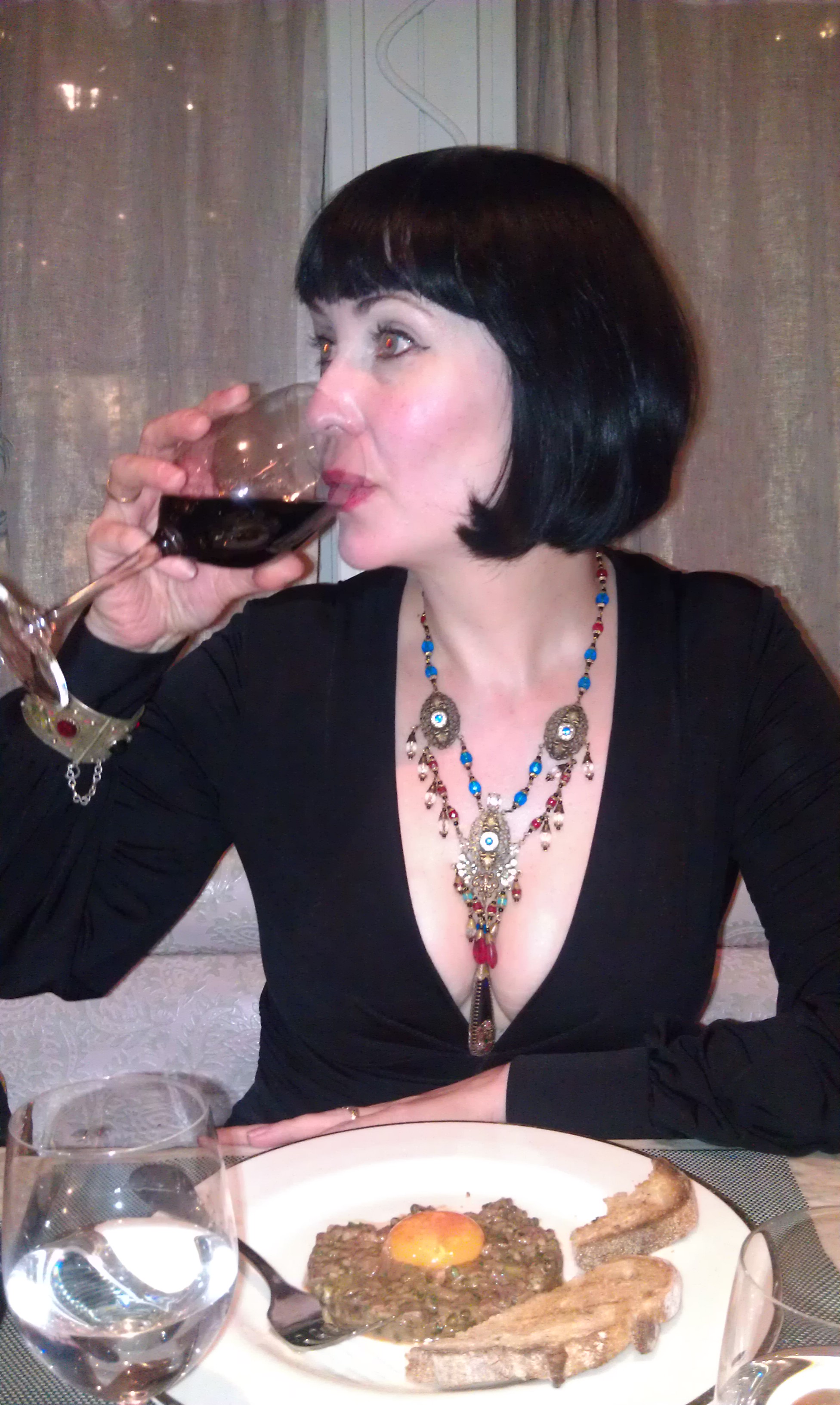 “Does my butt look big in this?”

I wish I had a time machine to take every woman back to a childhood free from any thoughts about her appearance.  I wish every woman could know what it feels like to be told she’s beautiful every single day.

Destination: a perfect childhood filled with positive thoughts… or a planet where they worship cellulite.

Sadly my son has not yet invented the time machine (although hope springs eternal), so I can’t do that, but I CAN do these things: